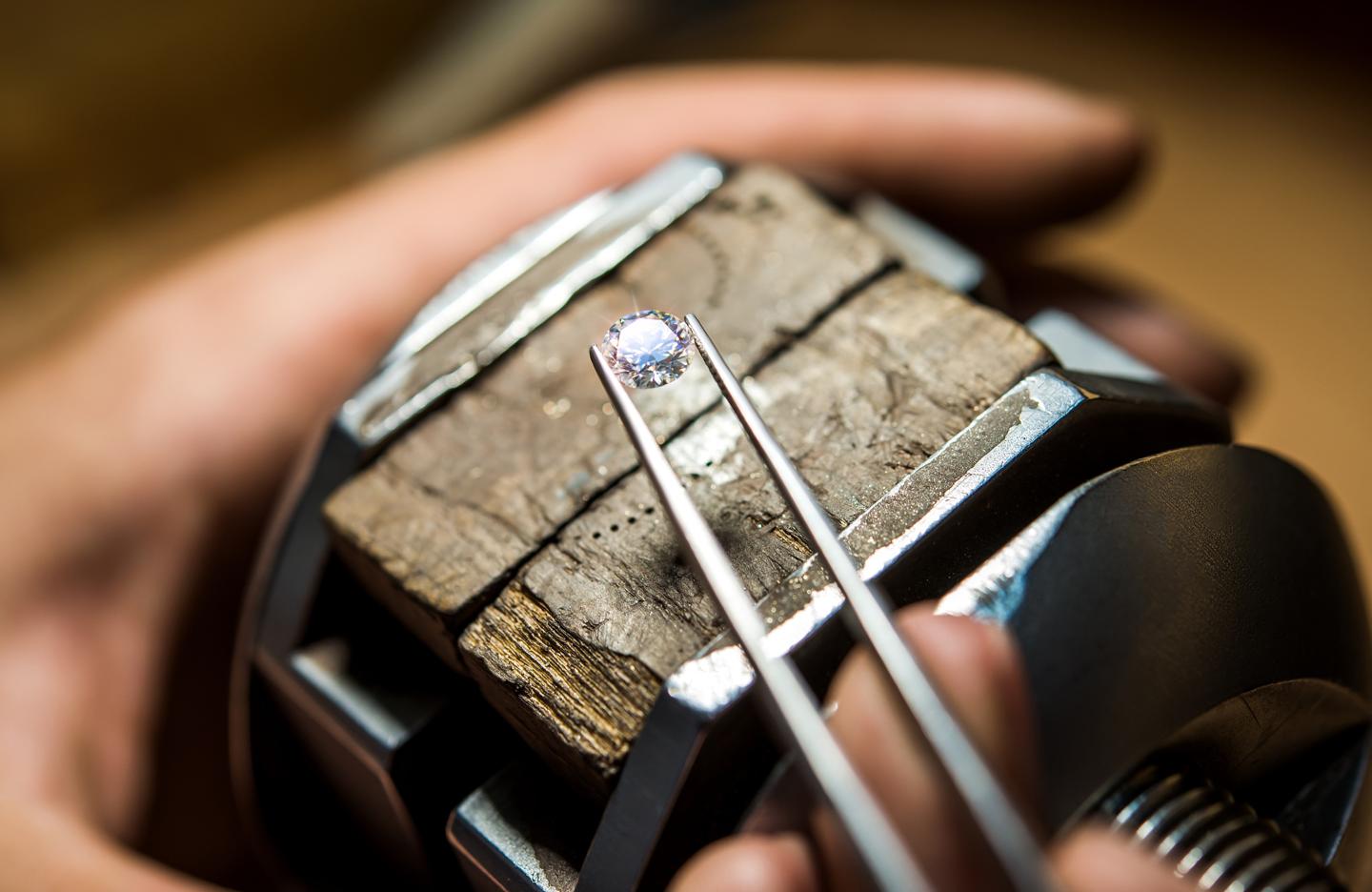 Diamonds appeal to the imagination. They are rare and unique, and buying a diamond is a token of genuine love. "Diamonds are forever", remember? That's the tagline De Beers used to make diamonds popular. In 1947, the giant of the diamond world launched the slogan to promote diamond engagement rings. It was named slogan of the century in 1999. Keep reading to find out all about young Cecil Rhodes –– imperialist, clever businessman ahead of his time, and founder of De Beers: the largest diamond company in the world.

Where does the story of De Beers diamond dealers begin?

Diamonds come a long way, travelling from 150 km below the earth's surface to become the jewel you eventually purchase. Just like diamonds, the diamond giant, De Beers, has also come a long way. Although, the De Beers diamond & engagement ring history does not start 3.3 billion years ago, like the one of the diamonds.

So when was De Beers founded? Let’s go back to the year 1870 and the founding of De Beers diamonds. That year, 17-year-old Cecil Rhodes, an English vicar's son with a heart and lung condition, moved to South Africa. His brother, Herbert, owned a cotton farm in Natal, a British colony, where Cecil started work. The land was unsuitable for cotton, however, and the venture failed.

Fortunately, South Africa has more to offer than just cotton

The South African earth also contained diamonds. A few years earlier, 15-year-old Erasmus Jacobs had found a white stone at the Orange River in Hopetown. Nobody around him realised it was a diamond. Only later did a friend of his neighbour discover that his toy was a diamond weighing 21.25 carats.

The Rhodes brothers and their first steps in the diamond industry

The Rhodes’ also caught “diamond fever” and in 1871 decided to try their luck in Kimberley (then still called New Rush). They earned a reasonable living renting and selling water pumps to miners. With a large part of the income, Cecil began systematically buying up farmers' claims and investing in mining like a proper businessman.

He also bought the prospect at the Orange River, from two brothers, Johannes and Diederik De Beer. Although the De Beer brothers had found diamonds on their land, as devout Christians, they showed no interest in them. They did not want to be swept along by diamond fever and decided to sell their land.

The wide availability of diamonds caused overproduction and the diamond market collapsed. At that time, diamonds could be purchased for the same price as semi-precious stones such as topaz or turquoise. This worked out well for the De Beers marketing strategy. The company wanted to create scarcity to control the price of diamonds. Many mine owners could barely keep their heads above water, and Rhodes was able to take advantage of this.

Rhodes wanted to merge all companies in the South African diamond sector, in order to maintain a fixed, high price. He succeeded in 1888 and was made head of De Beers Consolidated Mines. In order to manage the supply better, he created other fake companies. Rhodes' monopoly caused quite a stir among the miners.

By 1890, De Beers controlled 90 percent of global diamond production. This also brought the company political power. When a large diamond was found a year later, the miners demanded a first refusal on purchasing it. The prime minister set up a commission, which favoured De Beers as the best buyer. No great surprise, since the prime minister was none other than Cecil Rhodes.

De Beers after the Rhodes brothers

Rhodes achieved a great deal in his final years. He established "The Diamond Syndicate", for example, in order to control diamond prices. In 1902, Rhodes suffered a heart attack at the age of 48. De Beers progressed and continued to grow.

The 4Cs were officially created in 1939 by De Beers and GIA. The 4 Cs stand for colour, carat weight, clarity and cut and is regarded as the standard for measuring the quality of a diamond.

A key part to the De Beers’ diamond history and influence on engagement ring culture began in 1947, when the slogan 'A diamond is forever' was born –– for an advertisement for diamond engagement rings. This led to strong sales growth because the diamond became the symbol of true love.

One of De Beers’ most famous diamonds is the Centenary Diamond, which is also the fourth largest diamond ever found in the Premier mine in South Africa. The Centenary Diamond was unveiled on 11 May 1988 at the celebration of De Beers’ the 100th anniversary of De Beers. The diamond's value was estimated at 70 million euros in 2017, because of its unique features.

Carat weight, colour and clarity of the Centenary Diamond

The rough diamond was the size of an egg and weighed 599 carats. The Antwerp gem cutter Gabriel Tolkowsky then produced a stunning diamond of 273.88 carats. The Centenary Diamond is not only unique for its weight, but also for its colour and clarity. It is one of the clearest diamonds of its size. It is also flawless. This is rare in ordinary diamonds, let alone for a diamond weighing 599 carats.

The impact De Beers has on the price of diamonds

Thanks to the monopoly enjoyed by De Beers, they have had control over the diamond market for a long time. They were able to raise or lower the price with minimum effort. They changed their strategy in 2000, due to market forces and the focus on blood diamonds. The diamond giant wanted to avoid negative publicity, so it sold only its own products. Their market share fell to 33 percent in the face of increased competition.

The end of the De Beers era

Due to fierce competition from other dealers such as BAUNAT, De Beers had to modify their strategy. They developed a new brand, with synthetic diamonds and a lower price that appeals to younger customers in particular. In addition, they also focus more on retail jewellery, especially in China.

With brands such as BAUNAT, you can be confident you're not buying synthetic diamonds, or even blood diamonds. BAUNAT buys its diamonds directly from the source, eliminating intermediaries and enabling us to offer jewellery online 30% to 50% cheaper.

Why buy diamonds from BAUNAT?

So, why is it best to buy diamond jewellery from BAUNAT? Firstly, we only work with the highest-quality materials. For the precious metals, this means 18 carat gold and 950 platinum. The diamonds and other precious stones are of course of the highest possible quality.

We also offer a designed to order service, starting out from a budget of €4,000. Working with our experts you can design diamond jewellery entirely how you want it. If you have any questions about our jewellery or about certain styles and trends, our experts are always on hand to give advice. 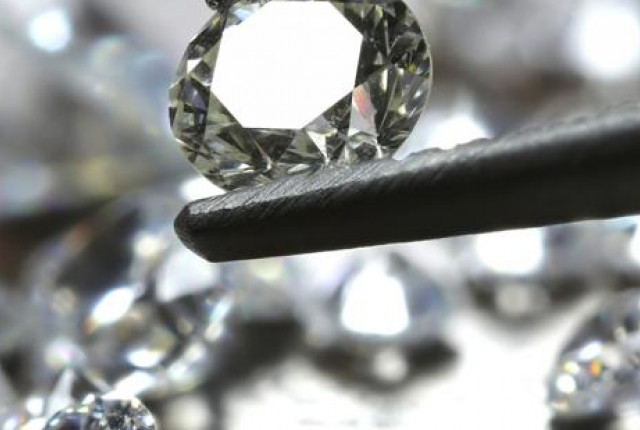 Find out about other famous diamonds

It is beyond doubt that De Beers has had a significant impact on the diamond industry, and therefore engagement rings. With their stunning icon, the Centenary Diamond, they have long been an established figure. If you would like to know more about other important diamonds, read on below.

De Beers is the company that single-handedly made the diamond industry what it is today. De Beers was founded by Cecil Rhodes, who also founded the state of Rhodesia which later became Zambia and Zimbabwe. The Rhodes scholarship is also named after him, and funded by his estate. De Beers has mines in Botswana, South-Africa, Namibia and Canada. Because of this, the company practically has a monopoly on diamonds and can truly be called the largest diamond corporation in the world. For more information, click here.

What is the N°1 diamond group?

We can't talk about diamonds without talking about De Beers, the company that single-handedly made the diamond industry what it is today. De Beers was founded by Cecil Rhodes, who also founded the state of Rhodesia which later became Zambia and Zimbabwe. The Rhodes scholarship is also named after him, and funded by his estate.

Rhodes started by renting water pumps to miners during a diamond rush in 1867 at Kimberley, South Africa. He expanded into mines and about twenty years later became the sole owner of all diamond mining operations in the country.

Rhodes built De Beers into a diamond group. De Beers mines diamonds, then handle their sales and distribution through various entities (Today, it's known as the Diamond Trading Company, while previously it was simply called "the syndicate” and the CSO or Central Selling Organization.)

If you want to buy diamonds from De Beers, you've got to play by their rules: diamond are sold in events known as "sights." There are 10 sights held each year, and to buy, you have to be a sight holder (these are usually diamond dealers whose business is to have the stones cut and polished and then resold at diamond clearing centers of Antwerp, New York, and Tel Aviv).

What is the origin of the diamonds in Antwerp?

The mysterious appearance of diamonds should not mean that their origins need to stay a secret too. Approximately 80% of all rough diamonds in the world pass through Antwerp. But where in the world do they come from? And how did the tradition of adding diamonds to an engagement ring arise?

What route do diamonds travel?

Diamonds have a long way to go before they can shine in your jewellery. In order to mine 1 carat, or 0.2 grams, of diamond, around 250 tonnes of earth must be removed. Are you interested in the diamond pipeline? Discover how a rough diamond becomes a beautiful jewel by watching this video.

Where are they most often mined?

Did you know that the origin of diamonds lies in India? Now they are mined all over the world, in expansive mines in Australia, Africa and Canada among others. Even though mine exploitation used to be very lucrative, many diamond mines have started to dry up these past years. For this reason, the diamond industry is investigating other options, such as diamond mines in Antarctica or mining undersea. The actual diamond trade will not notice much difference, however. Rough diamonds will inescapably wind up in Antwerp.

The rough diamonds that arrive in Antwerp are without exception mined and traded in an ethically responsible way. This is achieved thanks to the international Kimberley process.

Where does the importance of a diamond engagement ring come from?

But where did the popularity of diamond engagement rings come from? Starting from 1948 almost every bride coveted a diamond ring. We have the famous marketing campaign ‘Diamonds are a girl’s best friend’ from De Beers to thank for that. This company is still the market leader when it comes to diamond mines, with direct involvement in over 19 mining activities. They produce approximately half of the world’s supply of diamonds. There is thus a very high chance that your diamond originated from one of these mines.

Would you like to know more about the diamonds that BAUNAT uses in its jewellery? Or do you have any other question? Ask the BAUNAT diamond experts for advice and discover everything you wish to know.