The gold necklace, then and now 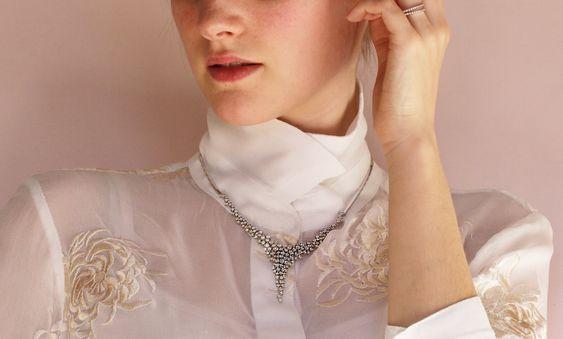 The first gold necklace was made 2500 years before Christ. And the Egyptians were the ones who brought the technique for making these up to a higher plane. The gold necklace wasn’t just used for decoration throughout the centuries. You can now read all about how the necklace also used to be a status symbol and how necklaces are worn today.

TIP: find the perfect gold necklace in this extensive and inspiring collection. 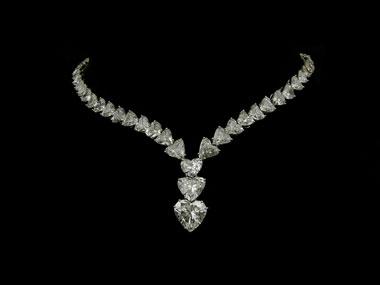 What does gold mean to the Egyptians?

Gold was very important in ancient Egypt. The Egyptians regarded it as a divine metal. Gold symbolised the rising sun and they thought it had the power to give someone immortality. There was an abundance of gold during the time of the pharaohs. Egypt had around 125 gold mines, the majority of which could be found in the Arabian Desert.

The Egyptians used their divine material as a commodity from the 2nd millennium before Christ. Even though they did bartering at the time and goods therefore had to be paid for with goods, the weight of metals like copper, silver and gold were often used as the standard for taxing goods. The metals weren’t used as a means of payment in their own right until a later stage.

The pharaoh used gold jewellery to reward deserving people. There was compulsory military service until the beginning of the New Kingdom, around 1550 BC and whoever proved themselves to be a brave soldier would be rewarded with a golden fly, the symbol of courage and strength. But other items of gold, such as a gold necklace, bracelet, balm vase or axe, would also often be gifted to praiseworthy officials and heroic warriors.

Goldsmiths usually worked on behalf of the pharaoh and were therefore highly regarded. This allowed them to often also arrange for a burial tomb to be built for themselves. A 3500 year old grave of an Egyptian goldsmith was exposed near Luxor in September 2017.

TIP: You can read more about the rich history of jewellery here, from antiquity to the Middle Ages.

When did the gold necklace become a status symbol?

Jewellery has had various functions and meanings throughout the centuries. Often with a religious tint. But when we look at the materials used to make this jewellery, we also have to consider the power these radiate. Gold symbolises wealth and wealth is inextricably connected to power.

A piece of jewellery which was popular in many European cultures, including with the Celts and Germans, is the torque. This is a metal circular ornament with two buttons at both ends, which was worn around the wrist, the upper arm and the neck and symbolised aristocracy. The name was derived from the Latin ‘torquere’, which means bending or turning.

The torque also found its way to the Roman army and was mainly used as a characteristic for special elite groups. Distinctive Roman soldiers could earn a torque as an award. Comparable to the medals we have today. The gold torque, which was often worn around the neck as a necklace, was also a status symbol for the Celts and served as an honour for high ranking people.

The power of gold was emphasised even more during the Middle Ages. All Frenchmen below a certain ranking were prohibited from wearing gold by a royal decree. This right was exclusively reserved for the aristocracy, in order to maintain the external differences between the classes. They therefore literally draped their status and power with gold jewellery.

TIP: You can read more about the symbolic meaning of jewellery and the historic influence of contemporary collections here.

What are the 3 most expensive necklaces ever made?

Even though jewellery is no longer a status symbol these days, there are still a number of items out there which are completely unaffordable for most of us. Just think about the breath-taking ‘A Heritage in Bloom’ necklace. This diamond necklace was designed by the Chinese jeweller Wallace Chan and with a price tag of an impressive 200 million dollars, is the most expensive one ever made.

For this price you will actually get 27 necklaces, as the necklace, set with 11,551 diamonds, can be worn in 27 different ways. It should therefore come as no surprise it took a total of 47,000 hours to complete this unique modular design. A diamond cut from the historic Cullinan sits in the centre of the jewel.

L'Incomparable, what's in a name, also doesn’t compare to any other necklace. This red gold necklace was designed by the Lebanese jeweller Mouawad and has been valued at approximately 55 million dollars. The shape of the necklace puts us in mind of a vine. The leaves consist of 90 white diamonds, good for more than 200 carat.

The most striking element of this gold necklace is the crystal clear yellow 407 carat diamond. Fun fact: the Congolese yellow diamond was accidentally discovered in a pile of rubble by a young girl out playing in 1980. The nearby gold mine regularly dumped waste near her uncle’s house.

We will be concluding our top 3 with a necklace which both young and old will be familiar with. The Heart of the Ocean has its reputation to thank to the iconic Titanic film, where it’s worn by Rose (played by Kate Winslet). The popularity of the film meant the necklace with the blue diamond heart was often copied.

The most expensive version was made by jeweller Harry Winston and includes a blue 15 carat diamond. This was worn by the American actress Gloria Stuart during the Academy Awards in 1998, who played the role of the old Rose in the film. The price tag for this extraordinary piece of jewellery amounted to around 20 million dollars.

TIP: You can find more information about the characteristics, rarity and exclusivity of coloured diamonds here.

Which different necklaces do we differentiate between today?

We have now had a detailed look at the iconic necklaces and the gold necklace as a status symbol, but how is a necklace worn today? You can find gold necklaces in all manner of shapes and sizes. The standard length varies from 36 cm to 90 cm. A necklace without a lock and which is rotated around the neck several times can even be as long as 2 meters.

The shortest necklace is a choker. This gold necklace is between 35 and 40 cm in length and is worn tight around the neck. This model was incredibly popular in the nineteen nineties and has recently seen a comeback. Some chokers are open at the back. Possibly a wink to the torque which the Celts, Germans and Romans used to wear?

A somewhat longer necklace of between 40 and 45 cm is referred to as a princess necklace. In order to make sure you do full justice to this piece of jewellery, you need to ensure the gold necklace beautifully falls in the dip between your collarbones. The best way of measuring the right length is with a piece of string, which you subsequently hold against a ruler or tape measure. 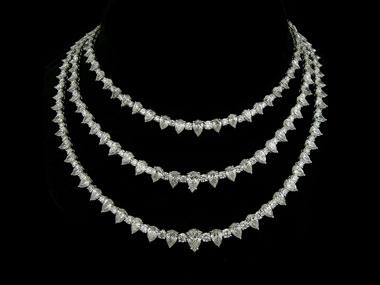 The matinee necklace is between 40 and 60 cm long and should fall nicely above the bust. Perfect for combining with a blouse with a round neckline, or even with a roll neck jumper. This gold necklace will subtly accentuate your cleavage and is suitable for any occasion. Men usually also opt for a chain measuring an average of 45 to 50 cm.

A gold necklace measuring 80 to 90 cm is referred to as an opera necklace. This is long enough to wear double too. When a necklace is even longer than this we call it a rope. This is always worn as 2 to 3 necklaces. Great for layering, possibly when wearing a plain loose-fitting black dress.

Which gold necklace is your favourite? Find the perfect piece of jewellery here or contact BAUNAT’s experts here for extra advice or your own tailor-made creation. 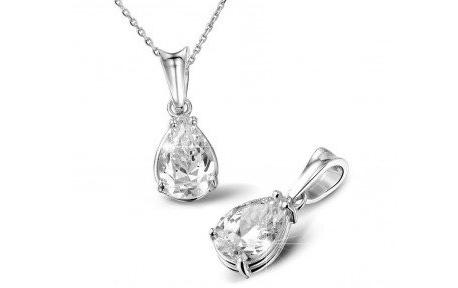 Tip: a pendant with a pear-shaped diamond

Are you still looking for a beautiful pendant with a diamond, then you are at the right place! Please feel free to take a look at our broad collection. Do you have interest or a question about a specific design, do not hesitate to contact us. 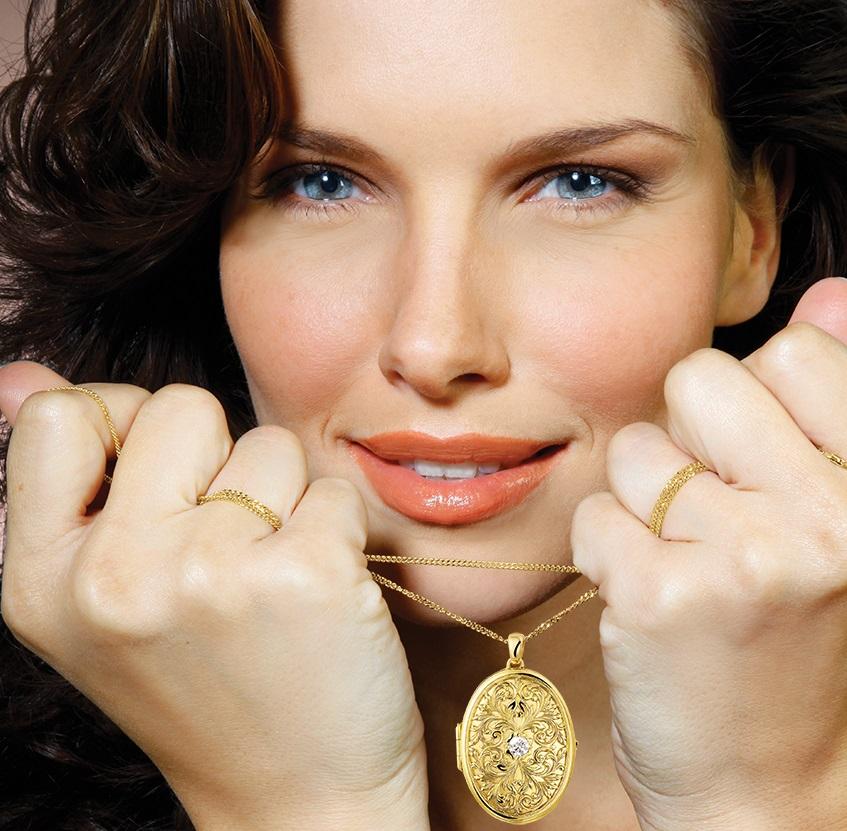 Which locket should I choose as an alternative to a gold necklace? 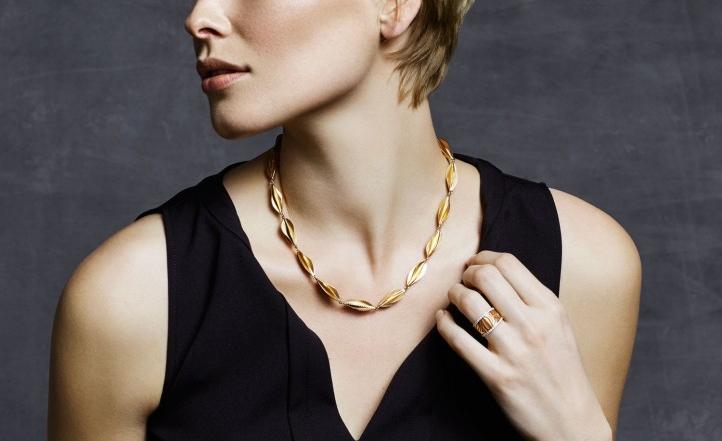 How can you combine different necklaces?

Combining multiple necklaces? You can! • The BAUNAT experts give you advice and concrete tips on how to wear your favourite necklaces together

Buying your perfect diamond necklace online: how does it work?

Why should you buy a diamond necklace online? There are several reasons why buying online is a great experience and BAUNAT will provide you with that.