Old European Cut - The classic predecessor of the brilliant cut 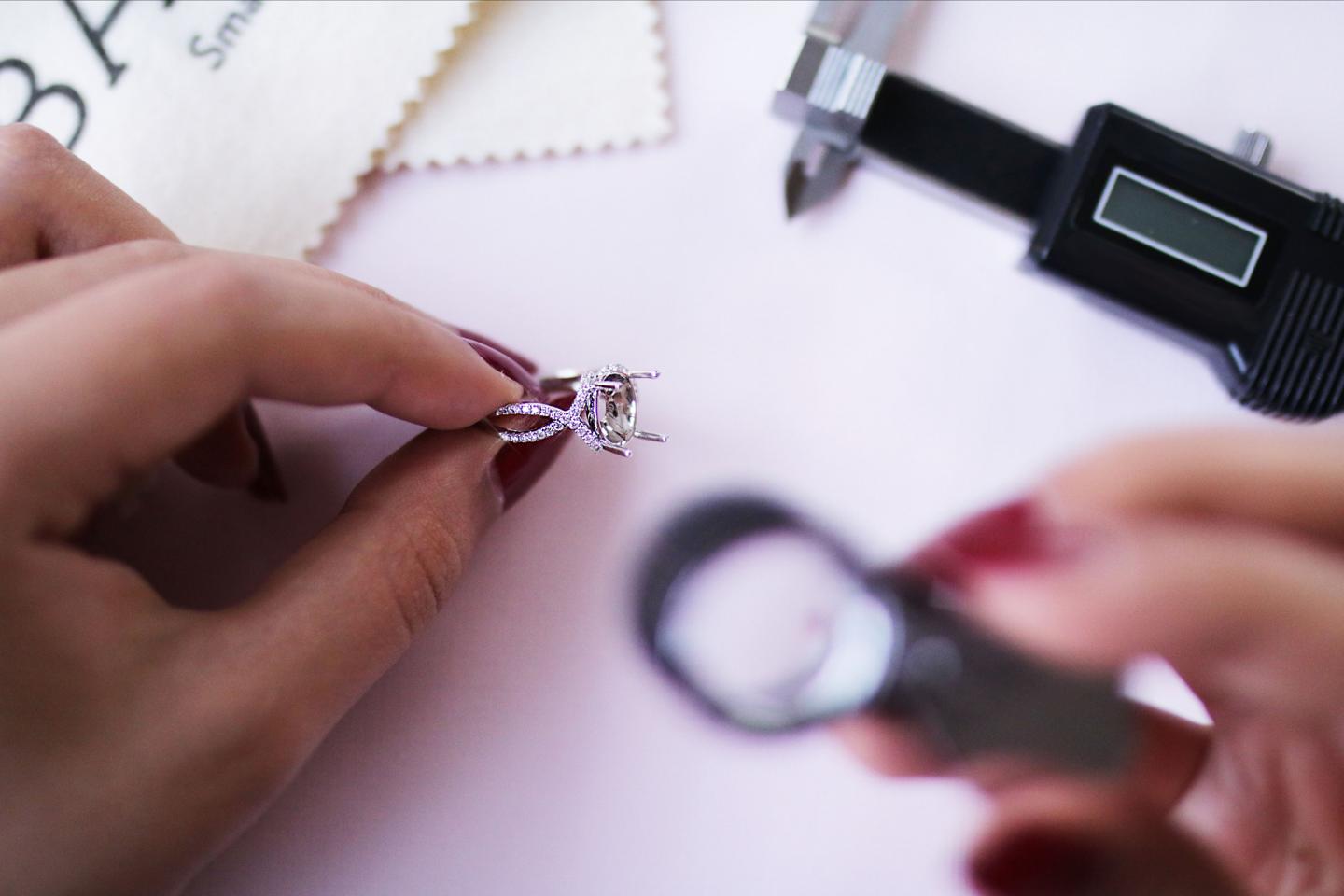 The European Cut (or Old European Cut) is a more square-shaped cut with brilliant facets and gently rounded edges. The upper part of the stone is typically high, with a small table. However, the culet, the facet at the tip of the diamond is so large that you can see it through the diamond when you look at it from above.

When did the Old European Cut come into existence?

The Old European Cut was the most popular diamond cut between 1890 and 1930, when the brilliant cut we know today was created. During that time, the Old European Cut diamonds transitioned from having a cushion or octahedron shape to a more round cut. Their facets also became more regular and symmetrical over the years. The Old European Cut is also known as the Amsterdam Cut or Transition Cut.

During the 1920s, Marcel Tolkowsky developed the Old European Cut into the Brilliant Cut. The culet was reduced in size, the table was enlarged and the angles of the facets optimized in order to achieve a much higher brilliance. You can easily recognize the Old European Cut or Transition Cut by its faceted culet. However, this should be minimal in circumference.

Old-cut diamonds - the predecessors of the brilliant cut

Old European Cut refers to all round diamond shapes that existed in the days before the currently so popular brilliant cut. The fundamental development of the Old European Diamond Cut began in the 14th century. Before that, diamonds were only available in a octahedron shape with eight surfaces, i.e. their natural shape. The first real old cut was a so-called pointed stone. The diamond cutters at that time limited themselves to improving the natural octahedron sides by polishing.

The historical development of the Old European Cut

The pointed stone was further developed into a table stone in the 15th century. The lower as well as upper tip of the octahedron form was removed. This resulted in flat surfaces on the diamond.

The early Old European Cut diamond had a square roundness, not to be confused with today’s Princess cut, which was replaced over time by an octagonal one. In addition, facets were cut on the diamond’s surface. This innovation was made possible with use of grinding wheels. The Old Rose Cut was also developed at this time. Here, the diamond’s underside is polished flat.

The next important step in the diamond cutting journey was in the 17th century, with the Mazarin cut. With this cut, the girdle had more than 12 facets and the upper part more than 16. During the 18th century, Vinzent Peruzzi created another cut, which is now considered a classic old cut diamond. The girdle became square with rounded edges. The upper side has 32 facets, the underside 24. The underside of the diamond is pointed and not flat.

Old European Cut diamonds always appear somewhat darker, because the facets are less pronounced and the light reflection cannot match the modern brilliant cut. Visually, such diamonds look like emerald and baguette cut diamonds. In both cases, the surface should be as polished as possible.

Are you fascinated by diamonds and looking for a beautiful piece of jewellery? The diamond jewellery experts at BAUNAT will be happy to advise you, free of charge and without purchase obligation!

Diamond : which shape to choose for your jewel?

Round diamonds are by far the most popular but other shapes such as princess, marquise and cushion cut have started a new trend. Discover all classic diamond shapes here.

What is so unique about the princess cut?

A princess cut diamond is perfect for those looking for a unique look. Find out what characterises the princess cut in our guide from BAUNAT.

The history of oval diamonds

Oval diamonds are an expression of great individuality. Learn more about this unusual diamond in our guide.

Buy diamond: the importance of symmetry

When buying a diamond, the symmetry is very important. At BAUNAT we have an extensive collection diamond jewels. We gladly assist you.