Diamond Engagement Ring History: From Jewellery of the Past to the Diamond Ring of the Present

Gold and diamonds have captured our imagination for many, many years and there is a long history of people crafting and wearing jewellery. A history brimming with traditions, lost and revived. What was the significance of jewellery throughout the ages? And why did the Romans give their fiancée a key-shaped ring? When was the tradition of a diamond engagement ring born? We’ll answer all these questions in this article.

Before embarking on our journey through time, we would like to draw your attention to the many professions encompassed by jewellery smithing. Many of us think that the terms ‘gold smith’ or ‘silver smith’ refer to the materials these craftsmen use. However, the term is used to indicate what they make, not what they are making it with.

But then, what is the difference between a goldsmith and a silversmith? Even though the difference between both crafts is not clearly defined, a goldsmith focuses more on small objects, such as jewellery or pieces of art. On the other hand, a silver smith primarily makes utensils, such as cutlery, chandeliers, and chalices. To prevent confusion, most people prefer to use the term ‘jeweller’.

Jewellery smithing has a long history. But jewellery was crafted even before this profession existed. In fact, jewels are as old as humanity itself. Techniques for creating jewellery evolved over the years, and so did their significance and purpose.

What Was the Significance of Jewellery for the Ancient Egyptians?

In ancient Egypt, jewellery was not a sign of status or wealth. Rich or poor, male or female, young or old: everyone wore jewellery.  However, jewels also had a purpose other than decoration. They were, for example, often used to trade with. But jewels were also much loved as military decorations, diplomatic gifts or as amulets.
Thus, similar to amulets, jewellery was used to repel evil and to invoke the gods’ protection. For this reason, they were invaluable in the afterlife. Historians have long believed that in the pharaonic culture, jewellery was intended solely for the dead.

Discovered drawings, objects and tomb decorations have since disproved this theory. Even more: an image found of a jeweller’s workshop gave new insights in the importance of jewellery and its metier. It was discovered, for example, that craftsmen had to conform to rigorous rules to fulfil a jewel’s religious function.
Did you know that the ancient Egyptians already relied on techniques such as casting, soldering, and hammering metal? Even the complex granulation technique, where gold is solidified into small grains in order to fuse them onto the jewel, was already employed. This technique was perfected by the Etruscans between 600 and 480 B.C.E and was later adopted by smiths in the Middle Ages.

What Influence Did the Greeks Have on our Jewellery?

In the ancient Greece of 1400 B.C.E., gold, diamonds and other gemstones were used to create jewellery. The jewels were not meant for daily wear, but to boast with on special public occasions. Here, as opposed to ancient Egypt, jewellery was used as a symbol of power and wealth.

The origin of the word ‘diamond’, too, comes from ancient Greek culture. The people of Greece believed that diamonds were the tears of the gods and named this precious stone ‘adamao’, which can be translated to ‘I tame’ or ‘I undergo’. The word ‘adamas’ in Ancient Greek is often translated as ‘invincible’. An excellent choice of words, as diamonds are the hardest material known to man.

The word ‘carat’, used to denote the weight of gold and diamonds, can be traced back to Ancient Greek as well. They discovered that the seeds of the carob tree had a constant weight of about 0.2 milligrams. As a result, the seed, called ‘keration’ in Greek, was used as a weight unit.

Which Jewellery Traditions Did we Inherit from the Romans?

Just like the people from ancient Greece, the Romans wore many jewels. There was, however, a difference in function of the jewels worn by men or women. Women wore jewellery to enhance their beauty and accessorize their outfit, whereas men solely wore useful jewels, such as clothing pins and signet rings.

Greek jewels strongly inspired Roman jewellery, but Roman jewellery was heavier and more luxurious, and as a result, more expensive. It is safe to say that we have the Romans to thank for the gold bracelet. They were worn both around the wrist and the upper arm, and were often decorated with snakes and lion’s heads. However, designs popular in ancient Greece, such as dogs or leaves, were still widely used in Roman jewellery as well.

The true breakthrough of the diamond bracelet came a couple of centuries later. More specifically, around 1820 in Paris. The practice of layering various bracelets was born around the same time. A trend that is widely popular today.
Even though it is not completely clear where the tradition of a diamond engagement ring or wedding ring came from, it is believed that the practice stems from ancient Rome. The people from ancient Egypt already used rings to express love for their partner, but exchanging rings during a wedding ceremony appears to be more of a Roman practice.
A Roman man proposed to his soon-to-be-wife by giving her a key-shaped ring in iron or bronze. The key symbolised that the man would ‘unlock’ his heart and worldly possessions for her. After all, the Roman wife was entitled to half of her husband’s fortune. Only around the 3rd century these wedding rings were crafted using silver or gold. Diamond engagement rings didn’t enter history until much later.

Why Are the Middle Ages an Important Milestone?

Approaching the Middle Ages, we can start labelling the crafting of jewellery as an ‘art form’. The Middle Ages were an important period for the profession of gold, silver or jewellery smith as well. The emergence of cities in 14th century Europe coincided with the emergence of guilds and artisans.

Professions, such as jewellery smithing, started being regulated. This meant that certain conditions had to be met before somebody was allowed to practice this craft. Often, one of the requirements was that one needed to be a descendant of a gold smithing family. Back then, it was customary that professions were passed on through generations.

The Middle Ages were an important period for gold and diamonds alike. Diamonds won in popularity because people believed that they had healing properties. Moreover, people first started polishing diamonds during this period. Up until then, diamonds had only been used in their natural, rough state.

When Was the Tradition of a Diamond Engagement Ring Born?

In 1477, Mary of Burgundy was the first to wear a diamond engagement ring around her finger. Philip the Good’s granddaughter was, as the sole daughter of Charles the Bold, the most coveted bride of Western Europe. After all, when her father had died unexpectedly, she inherited the Burgundian Empire and the political power that came with it.

Aged 19, she became the most powerful woman in Europe, which earned her the nickname ‘Maria the Rich’. As you can imagine, there was no shortage of suitors. However, the war with France made the Flemish realise that they were in need of a strong alliance with another country. This is the reason why, when a German delegation visited Bruges in 1477, Maria was promised to Maximilian of Austria.

For both parties, this union had many advantages that benefit all brides today as well. Maximilian was the first husband in history to give his wife-to-be a diamond engagement ring. A trend was set as the higher social classes wasted no time in copying his actions.

It took a number of centuries before this custom was adopted by the lower classes. The shift came in 1870, when diamond mines were discovered on the African continent. The supply of diamonds increased, and so did demand and production.

Are you on the lookout for a diamond engagement ring in gold to write your own story with? Browse through our extensive collection or contact the experts of BAUNAT.
Share on: 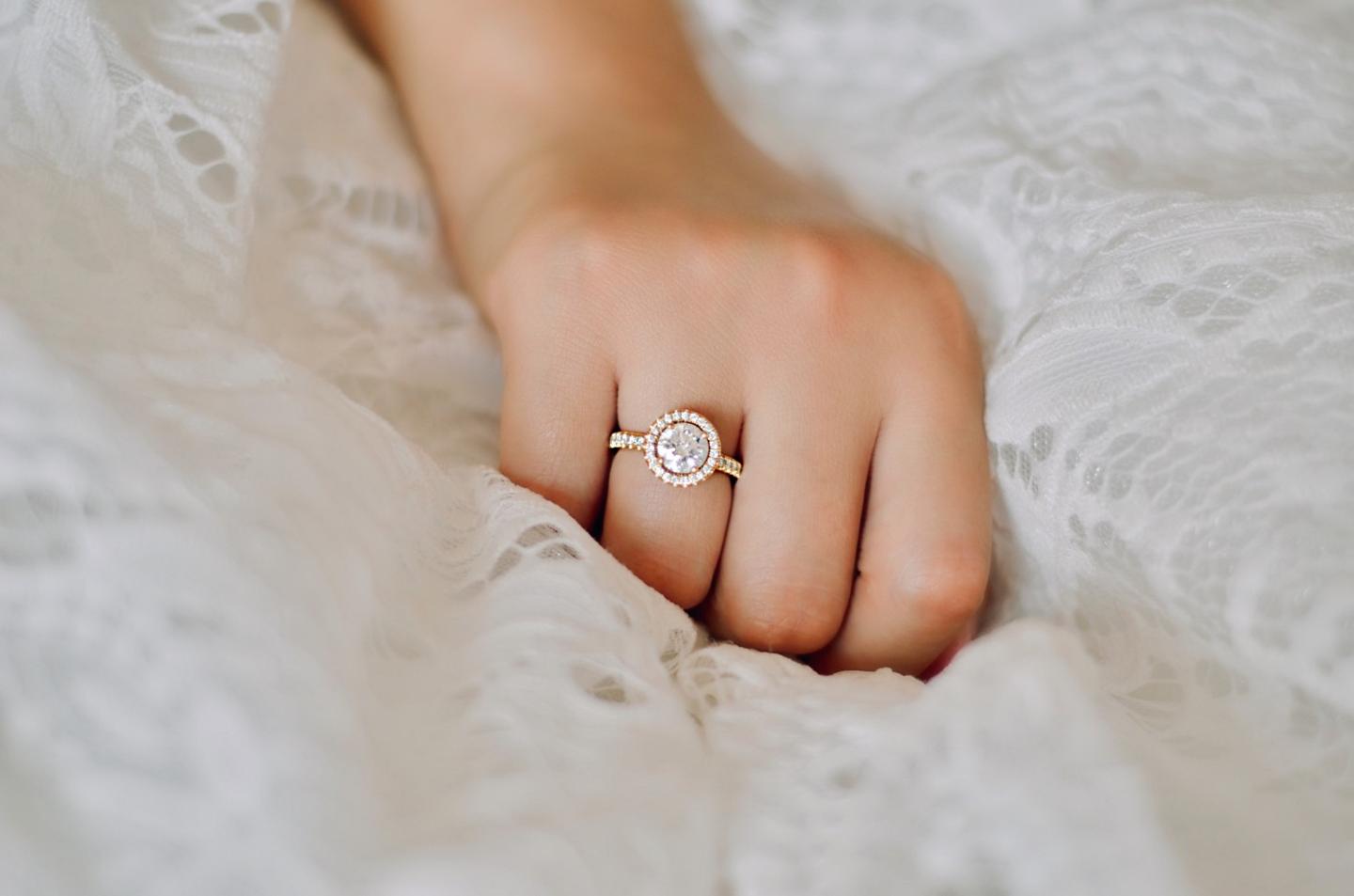 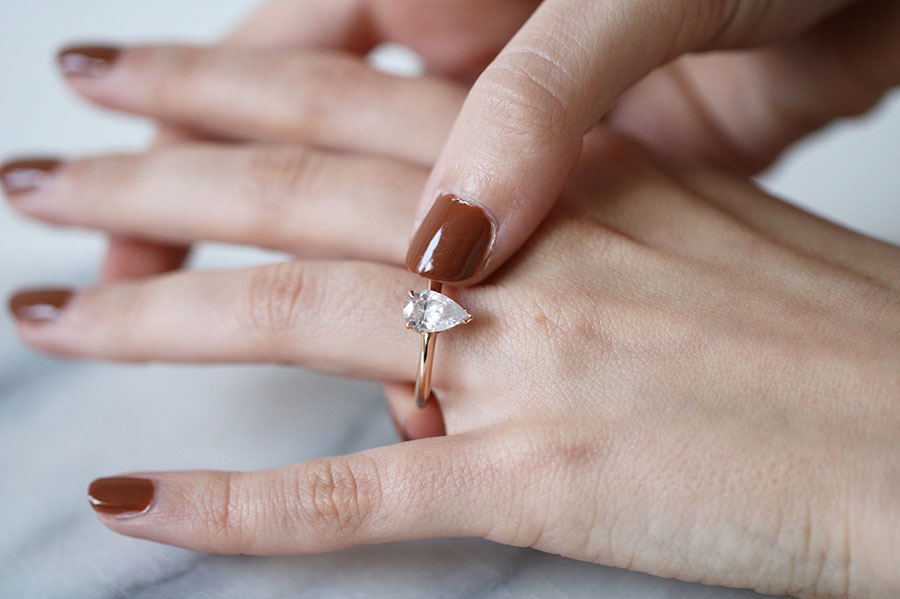 Which Finger Does The Engagement Ring Go On? 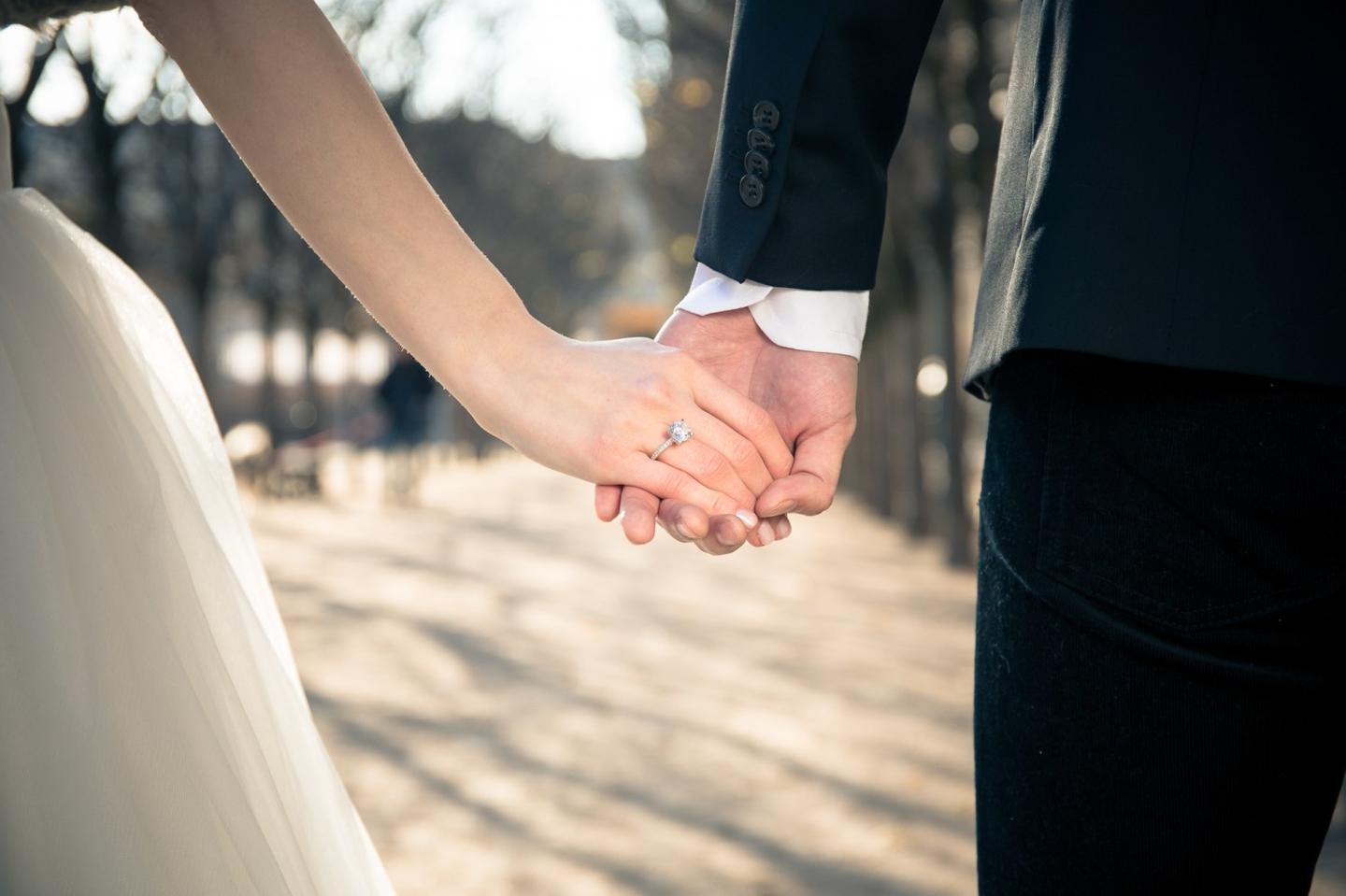 Discover the superstitions around engagement rings and what people consider bad omens at weddings. BAUNAT gives you the information. 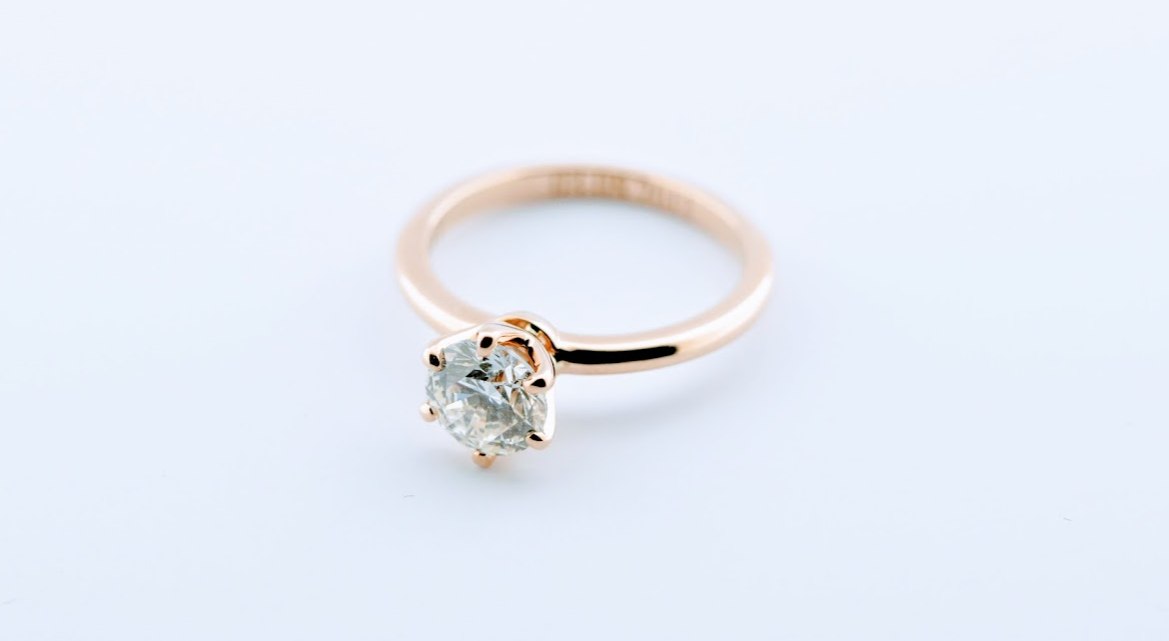 An Engagement Ring for the Modern Woman