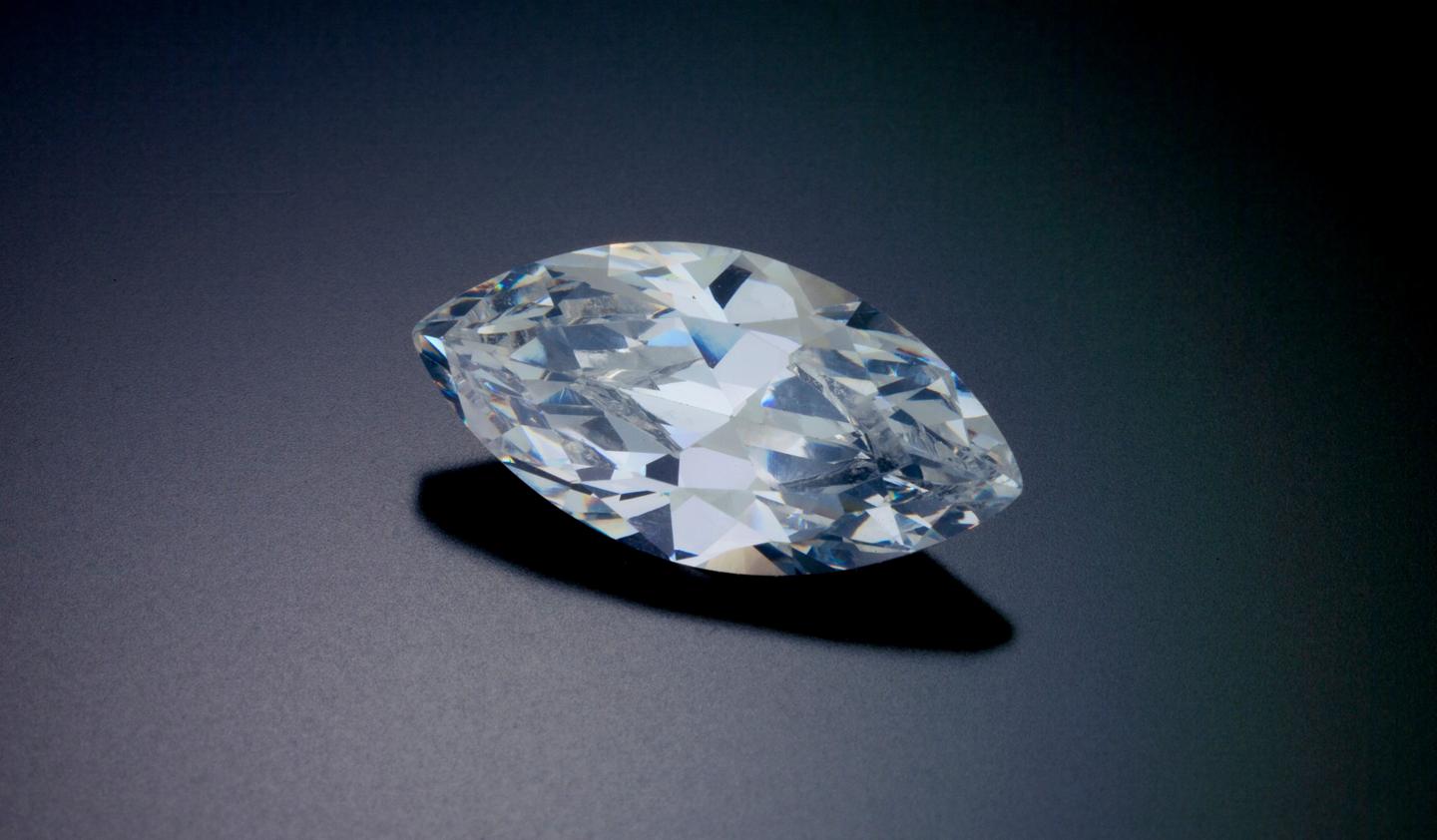 When it comes to the diamonds we use in our fine, handcrafted jewelry, BAUNAT is uncompromising. We exclusively use the highest quality, ethically-sourced natural stones, rather than following the recent trend of offering synthetic diamonds alongside the real thing.

Some have suggested that this is not a sound business decision. After all, they say, one can earn higher margins by selling cheaper goods that look like authentic diamonds. And while it might be tempting to follow the crowd down that road, we believe their logic is flawed. Rather, it is precisely because we care about our customers, our product and indeed, our business, that we have resolutely decided to only sell natural diamonds. Allow us to explain why.

A question of value

First and foremost, it is a question of value … economic as well as emotional. And when it comes to diamonds, the two go hand-in-hand. BAUNAT wants to make jewelry that is worthy of the special moments in life. Those precious, rare moments deserve to be celebrated with an equally precious and rare gift that will signify them for eternity, and there is nothing that meets the occasion quite like a natural diamond.

This is not simply because diamonds are universally recognized as the symbol of enduring love, but also because of their enduring value. In 2020, for instance, more than 80% of women in the US agreed that a diamond is a valuable asset to own and will always retain its value – something that cannot be said of synthetic diamonds. Indeed, technological advancements are lowering the cost of synthetic-diamond production, bringing their value down with it.

To illustrate: Only four years ago (in 2017), the wholesale price of a 1 ct. synthetic round polished diamond of VS clarity and F-H color was 17% less than an equivalent natural stone. Just one year later it cost 30% less and today the discount sits at about 65%, with some analysts quoting the wholesale transaction prices for synthetic diamonds as up to 84% for goods of the same size, color and clarity.

That precipitous decline in the price of synthetic diamonds is continually accelerating due to massive investments in production, which enable the factories in China and India to pump out unlimited supplies at an ever-increasing pace, driving the production costs down tenfold over the past 10 years. And while the declining cost of synthetics might be welcome news to budget-conscious consumers, anyone who paid a premium only a few years ago will already have buyer’s remorse. It should also sound a clear warning to consumers hoping that a synthetic diamond will retain any long-term value.

Natural diamonds to become an even rarer resource

Such is not the case for real diamonds, as the supply of natural diamonds is trending in the opposite direction. Peak diamond production has already passed. No major mines have been developed in the past ten years and there is little chance that large-scale economic deposits are likely to still exist. This will soon lead to relative scarcity, particularly when it comes to larger and higher-quality diamonds, and that rarity will cause prices to increase. The supply-and-demand scenario anticipated for years is now at hand, which means that the market for the high-quality natural diamonds BAUNAT sells will not suffer from the emergence of cheaper substitutes. On the contrary.

This is not to suggest that we do not recognize synthetic-diamond jewelry as a legitimate product. We strongly believe, however, that it belongs in an entirely different category than fine jewelry set with real diamonds. Quite frankly, one would be mistaken to compare a diamond created deep within the earth a million years ago with a stone churned out of a factory last week. Consumers intuitively know this.

There is a good reason why sales of synthetic diamonds decline in the months of February, May and December. Those are the times when people buy engagement rings or meaningful jewelry rather than bargain alternatives. As De Beers CEO Bruce Cleaver said about their own synthetic diamond product, Lightbox: it is fun, fashionable and fine for right now, but it is not rare and should not cost too much. This is not the diamond you buy to celebrate a major milestone or express your eternal love. His honesty is refreshing. But we also feel the need to clarify some further misunderstandings.

The socio-economic benefits of mined diamonds

Synthetic-diamond producers often make spurious claims to environmental friendliness, but unlike publicly-listed diamond miners, they are under no obligation to disclose any information. In fact, an independent report by Trucost called “The Socioeconomic and Environmental Impact of Large-Scale Diamond Mining” revealed that producing a carat of lab-grown diamond likely results in more than double the carbon emissions of an equivalent mined diamond. Nonetheless, encouraged by deceptive advertising campaigns, some young consumers opt for synthetic diamonds because of their supposedly smaller carbon footprint, which is anything but certain.

Now, while the reportedly smaller environmental impact of diamond mining has been called into question, we note that significant efforts are being made to lower its impact and to rehabilitate mines at the end of their lives. Yet even if we were to set the environmental issue aside, it is still the case that the press overwhelming touts the ethical superiority of synthetic diamonds. This is thoroughly misguided, inasmuch as it all but ignores the enormous positive impact that diamonds have on producing countries. Indeed, we would argue that the tremendous socio-economic benefits that result from natural diamonds outweigh or offset any environmental consequences of diamond mining.

The same Trucost study found that the major diamond miners in 2016 created $16 billion in net benefits, 60% of which flowed directly back to local communities. Their workers were paid nearly five times the living wage in their country and they employed 77,000 people. Across the world, the diamond industry supports the livelihood of 10 million people, including 1.5 million artisanal and small-scale miners and their families in Africa and South America, and some 600,000 people in India. This is even more significant when one realizes that diamonds are typically mined in some of the world’s most inhospitable regions – from the NWT in Canada to the Siberian tundra and the deserts of South Africa – with few other employment options for the local population. The most remarkable success story is Botswana.

According to the World Bank, when Botswana gained independence in 1966, it was one of the poorest countries in the world, with a per capita income of only $70 a year! In 1967, De Beers discovered the Orapa mine, and the rest is history. Today Botswana is one of the most prosperous countries in Africa, with free health care, free education and a per capita income of nearly $20,000. Diamonds represent 88% of the country’s total exports and 20% of its GDP. No similar success story is attached to the production of synthetic diamonds, which contribute only to the bottom line of a few wealthy investors in the factories that produce them.

In conclusion, whether your motivation is economic, emotional or societal, the only real option is to buy natural diamonds. We at BAUNAT believe strongly in the enduring value of natural diamonds, and on this we will never compromise.
Share on: 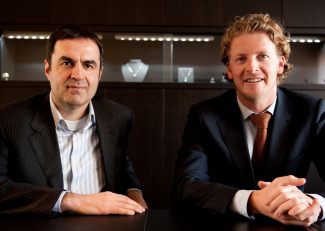 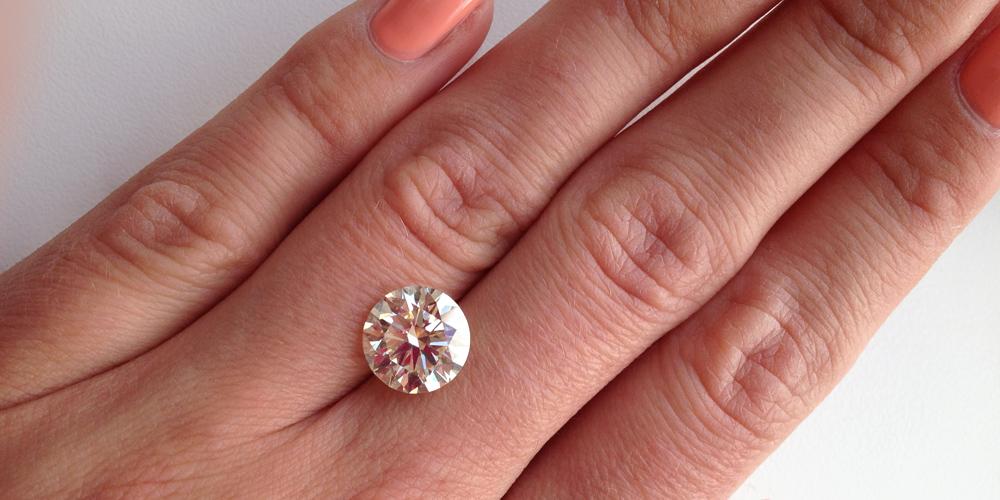