What exquisite jewels and diamonds graced the wedding of Prince Harry and Meghan Markle? 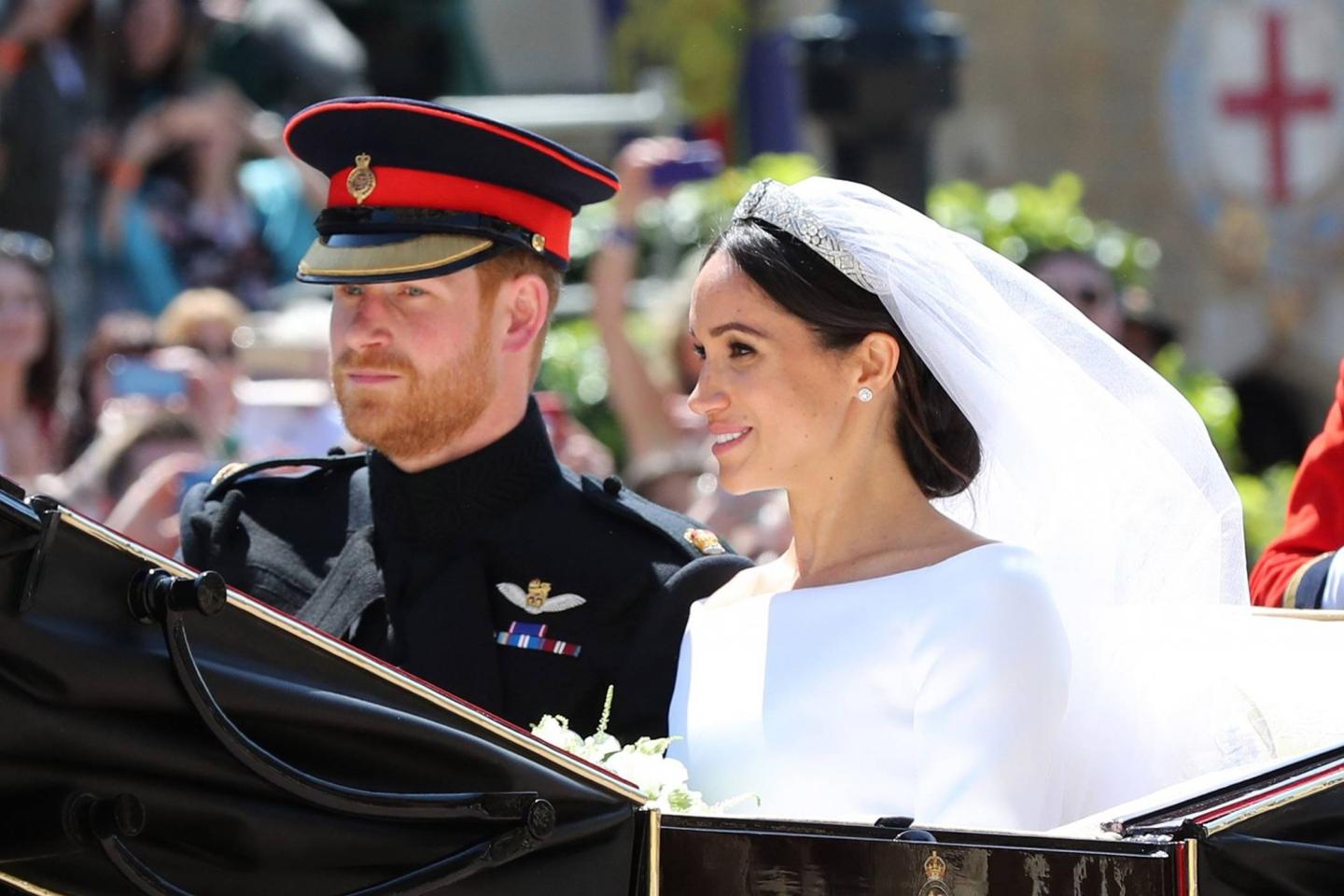 The royal wedding between the British Prince Harry and the American actress Meghan Markle was sure to be an enchanting day from the first engagement announcement. Her stylish engagement ringset the tone for a brilliant, but subtle wedding set. How did the jewels and diamonds at her wedding match her engagement ring? What remarkable pieces did she wear? 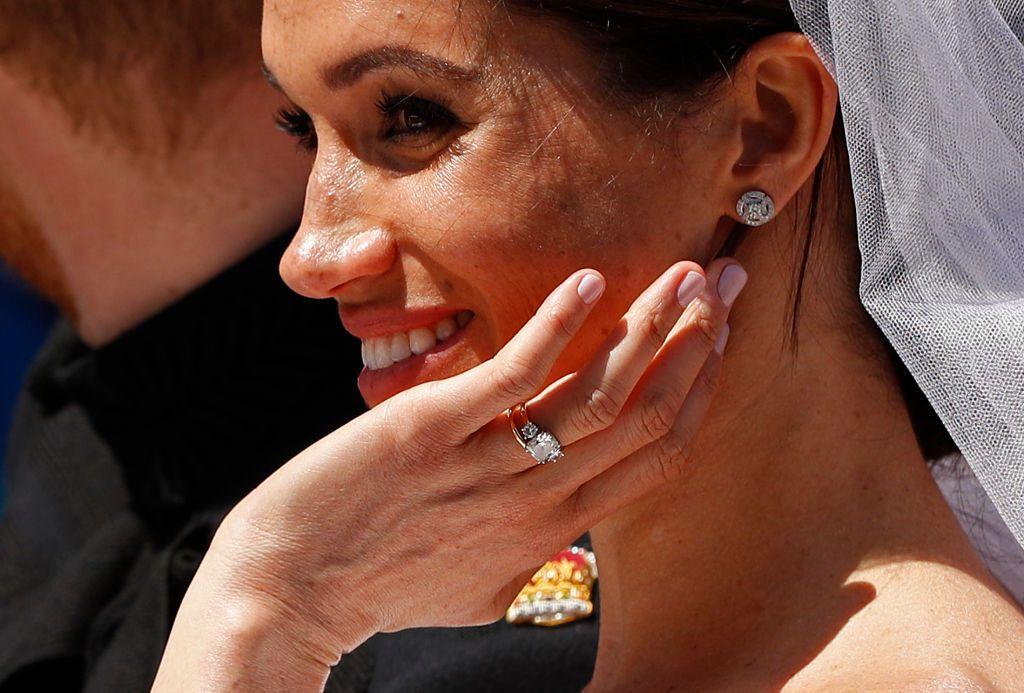 The new Duchess of Sussex was predicted to wear a subtle and stylish wedding set by many a royalty watcher, and she did not disappoint. Her set closely fit her personal style and added minimal glistening touches to her already subtle wedding look. Meghan wore delicate diamond studs and a matching diamond bracelet, both set in white gold. Her wedding ring was made after British royal tradition from Welsh gold, a tradition started by the Queen Mother in the early 20th century. Meghan wore her engagement ring on her right hand at the start of the ceremony to make room for her wedding ring but donned both rings on her left ring finger when exiting the chapel after signing the documents.

The centre of attention, however, was the exquisite diamond tiara holding the veil in place. The Queen Mary Diamond Bandeau, as it is officially called, came from the Queen’s own vault. It was another addition introduced by the Queen Mother, in 1925, and has been in the royal family ever since.

Which other jewellery complemented the set?

Meghan’s wedding set were not the only important jewels and diamonds on her wedding day. In addition to her wedding ring, Prince Harry saw it fit to present his wife with a very special wedding gift of his own. After the ceremony, he gave her a large aquamarine cocktail ring once owned by his mother, Princess Diana. Her tasteful collection of jewels and diamonds was globally well-known in her own time and has lost none of its lustre since. It possesses great meaning to her sons, whom incorporate her collection whenever they can. 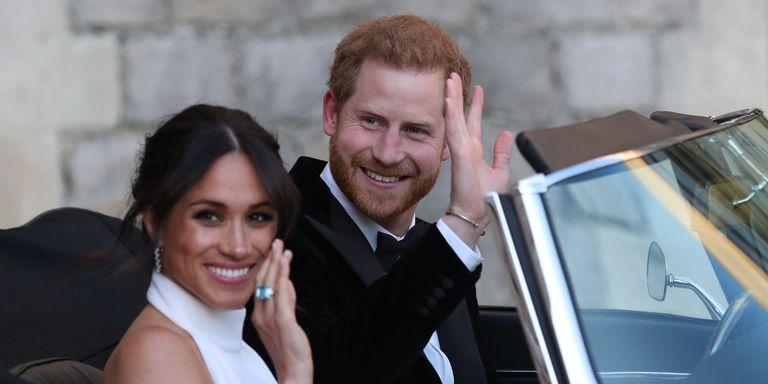 Kate Middleton received Diana’s blue sapphire and diamond halo engagement ring and has been seen wearing other pieces from her collection as well. Two of the three diamonds in Meghan’s engagement ring were also part of the famous collection.

How were their wedding rings different?

As could be expected, Prince Harry and Meghan Markle mixed tradition with personal preference in every part of their wedding. Although male members of the British royal family traditionally never wore wedding rings, Prince Harry chose to wear one none the less. Moreover, the couple chose platinum with a textured finish for the prince’s ring instead of the traditional Welsh gold. And even though Meghan’s ring was crafted from the Welsh gold, it was gifted to her by the Queen, whom usually only gifts the gold from which the ring is crafted. The gold will, however, perfectly complement her beautiful yellow gold and diamond trilogy engagement ring that the Prince designed himself. 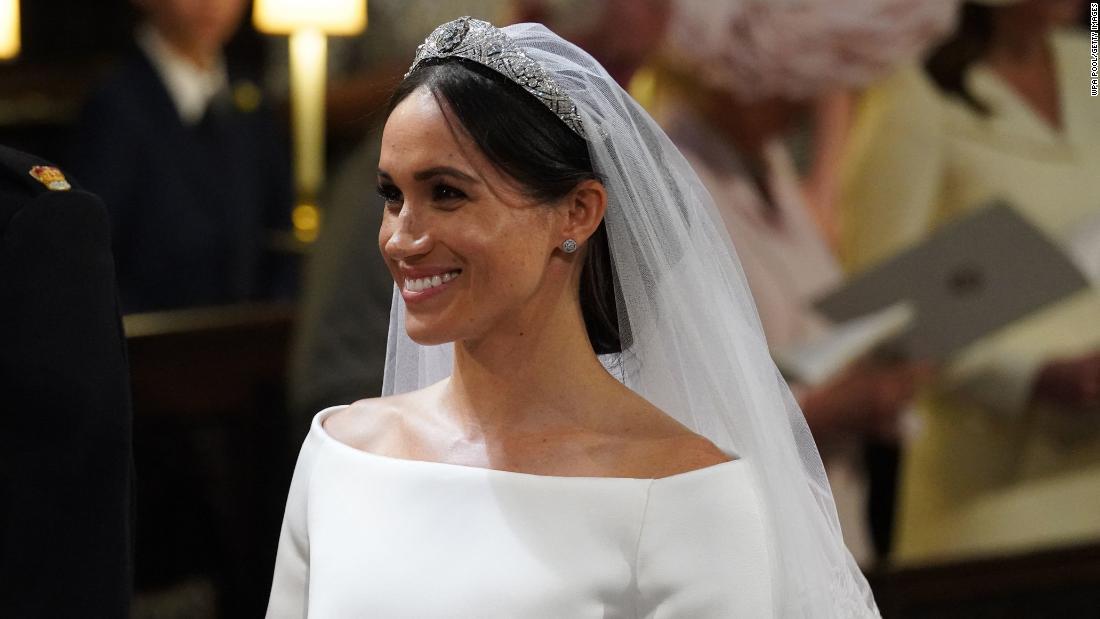 Where can I find the perfect jewels and diamonds for my own wedding? How can I achieve a similarly exquisite appearance as Meghan Markle? Contact the diamond jewellery experts at BAUNAT for your perfect piece.