The biggest diamond in the universe has been discovered in the sky! 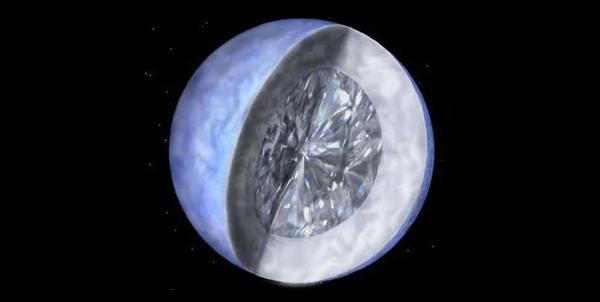 On the 26th of June 2014, American astronomers discovered a white dwarf in the sky. This is a very dark star emitting very low temperatures. But the discovered white dwarf isn’t a normal dwarf star by any means.

This dwarf star, as large as the earth, is covered in gemstones no less than diamonds, and is the darkest and coldest ever recorded.

Due to the extremely low temperatures, the carbon present in the white dwarf crystallised, causing a huge diamond the size of the earth to form. Diamond arises from a surface rich in carbon, this being the element that will crystallise and lead to the formation of diamonds.

This white dwarf star is essentially crystallised carbon, just like diamonds. When a star uses up all its reserves of nuclear fuel, it becomes a white dwarf.

Even if man is now able to produce synthetic diamonds using different chemical and physical techniques, a natural diamond is still a rare and valuable element.

Do you want to own a diamond ring, necklace or pendant or other diamond jewellery, you can visit the BAUNAT catalogue where you can find the entire collection of antique and contemporary jewellery.