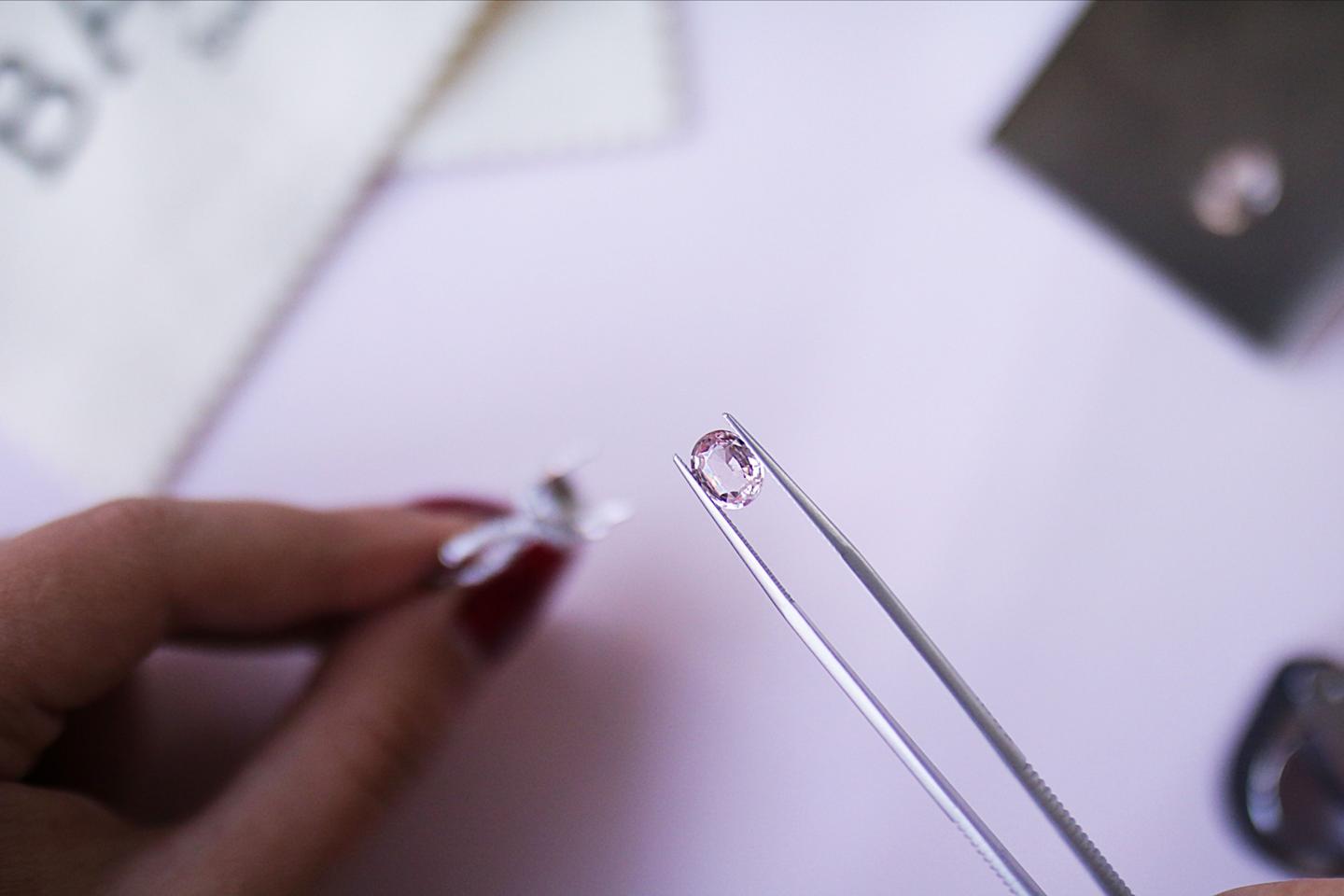 A flawless 59.6-carat pink diamond is to be auctioned in the Swiss city of Geneva at a record asking price of $60m (£38m). Sotheby's David Bennett says the diamond belongs in "the ranks of the earth's greatest natural treasures".

It says the oval-cut stone - the "Pink Star" - will become the most valuable diamond ever to be offered at auction.

It is over twice the size of the 24.78-carat "Graff Pink" diamond that set the world auction record for $46.2m.

The gem, which was mined by De Beers in Africa in 1999, has received the highest possible colour and clarity rating from the Gemological Institute of America (GIA).

It weighed 132.5 carats in the rough, and was cut and polished over a period of two years by Steinmetz Diamonds, the New York-based auction house said in a statement on Wednesday.

"I have had the privilege of examining some of the greatest gemstones in the world over the past 35 years, and I can say, without hesitation, that the Pink Star diamond is of immense importance," said Mr Bennett, chairman of Sotheby's jewellery division in Europe and the Middle East.

He said it was very rare to have vivid pink diamonds weighing only five carats, "so this 59.6-carat stone is simply off any scale".

The diamond, which was previously known as the "Steinmetz Pink", was sold privately in 2007 but neither the price nor the owner was disclosed.

The auction is scheduled to take place on 13 November.

Sotheby's will also auction a white diamond and a blue diamond, valued at more than $28m and $19m respectively, in Hong Kong in October.