Can you make diamonds from peanut butter yourself? Probably not. It sounds like a far-fetched fairy tale where we could produce diamonds with ease, but there is a lot more to it. A German geologist succeeded in making diamonds with peanut butter, but it wasn't all smooth sailing.

Diamond and the mysteries of the Earth

“If we want to better understand how the Earth was formed, we also need to know which elements it is made of,” says Dan Frost, geologist at the Bayerisches Geoinstitut. “I am particularly interested in the interactive process between the inner part of the planet and the Earth's crust.”

According to Frost, an enormous diamond mantle under the Earth's crust delayed global warming and gave evolution a significant boost. Based on that idea, he built a small-scale simulation of a diamond mantle in his laboratory.

With his experiment, Frost hoped to gain a better insight into the evolution of the Earth. In comparison with our aerospace knowledge, we know very little about the world that lies beneath our feet. Elementary geology teaches us that the Earth is divided into three layers: the core, the lower and upper mantle and the crust. Their precise composition, however, remains a large gap in our human knowledge. There are also various gemstones hidden in these deep layers.

Diamonds consist of carbon atoms that were compressed deep under the earth's crust under enormous heat. Peanut butter is also rich in carbon and appears to be an ideal tool for simulating this extreme geological process.

Frost mainly used rock for his experiment. But during the research, he also discovered that you can make synthetic diamond by compressing peanut butter under extremely high pressure and temperature. After about three weeks, small diamonds roughly two to three millimetres in size appeared. The stones are so small that they can't be cut into a diamond of jewellery quality.

No competition for the diamond sector

Will Frost and his team now become competitors for the diamond sector? “No, not at all - what we do want to do is produce small synthetic diamonds that can serve as more efficient semiconductors in electronic equipment.” Before you rush to the kitchen cupboard: his research doesn't always go smoothly. For example, small explosions in the lab are not uncommon. Therefore: don't try this at home!

Find your diamond ring in our collections 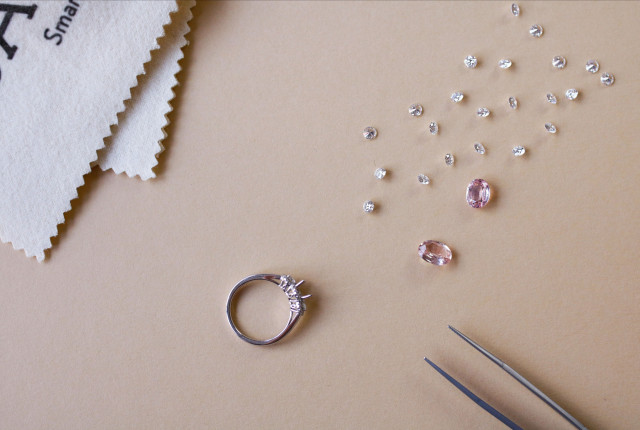 Learn more about innovations and trends in the diamond sector

Can you now make diamonds out of peanut butter yourself? No, unfortunately it still isn't that simple. The diamond sector is constantly evolving, and new innovations and trends are regularly emerging.