From a natural wonder to diamond earrings

Do you know how diamonds are formed in nature? They are derived from carbon, one of the most important chemical elements in the world. Carbon takes many forms, such as coal and graphite, from which diamond is the most valuable. We'll take a look at what long road carbon has to travel before you can buy them as diamond earrings from our collection.

Deep under the earth’s crust

Most diamonds that are found in the commercial mines and are later manufactured in jewellery, such as diamond earrings, were formed in the earth’s mantle. Volcanic eruptions caused them to be transported by magma to the earth’s crust, after which they appear in large rocks near the surface. But before these eruptions pushed the diamonds used in your diamond earrings to the surface, they were formed in the ‘diamond stability zone’ in the earth’s mantle. This requires a temperature of more than 1000 degrees Celsius and very high pressure. This can only be found deep below the earth's surface, about 150 kilometres below the earth's crust.

However, the roots of your diamond earrings may lie elsewhere. There are a couple other circumstances where diamond formation is possible. The most interesting one is probably in the outer edge of our solar system. Does this mean that there is a chance that you are wearing alien diamond earrings? No, but it is true that NASA researchers have discovered very small pieces of diamond that were formed either in space or in the mantle of other planets. The diamonds that shine in your diamond earrings are clearly a by-product of some fascinating natural processes. An example is the diamonds that were discovered in subduction zones where two earth plates slid over each other.

It should be clear that diamonds have quite a long road to travel. Luckily, it does not take such a long time for you to buy your diamond earrings. You can simply and safely buy them online at BAUNAT. Do you have any more questions? Do not hesitate to contact our experts. 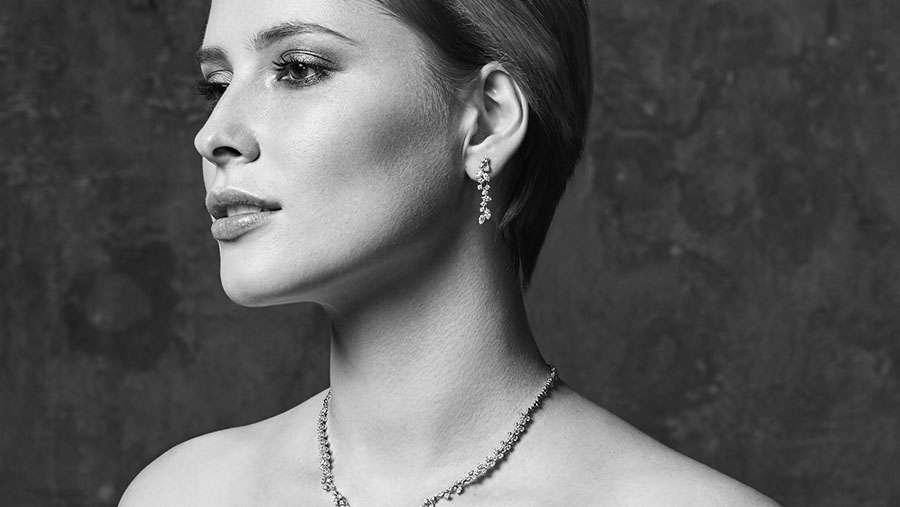 BAUNAT has an extensive collection of diamond earrings, beautiful in combination with a little black dress. 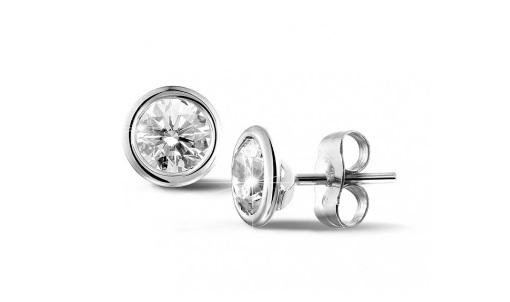 Diamond earrings as a subtle accessory

Less often women choose for eye-catching jewellery. They rather choose for comfort and love to wear a subtle accessory to brighten up their outfit. Fine diamond earrings exude glamour and elegance and can be worn on every occasion. At BAUNAT we have...