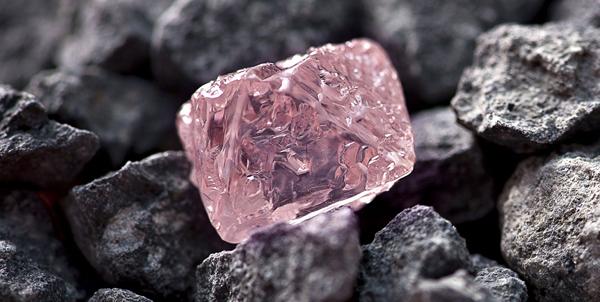 A 12.76 carat pink diamond has been unearthed in the famous Argyle mine in Western Australia’s East Kimberly region. The “Argyle Pink Jubilee” is the largest pink diamond ever found in the country.

The Argyle mine is the world's largest producer of pink diamonds, meaning that the mine generates more than 90% of the global market supply. A diamond of this caliber is unprecedented. It has taken 26 years of Argyle production to unearth this stone, and it might even be the first and last one they’ll ever see. It’s estimated that it will take approximately ten days to cut and polish the diamond into a single stone.

The finished stone will be offered for sale during the company's annual Argyle Pink Diamonds Tender later this year. According to the Australian newspaper, Herald Sun, the diamond will be worth at least US$ 1.07 million. However, it is hard to judge a stone in the rough. It really depends on how large the rock will be polished downed to. Diamonds tend to lose at least 50% of their weight during the polishing process. Also the intensity of colour and clarity will determine the final value.

Natural pink diamonds are considered one of the most valuable types of diamonds, and are typically found in museums, fine auction houses, and on the hands of royalty.